“Each sitting of meditation leaves me feeling both incredibly relaxed and energized at the same time. I wish I’d discovered TM years ago.”

Police face continuous stress; it is a part of the profession and daily working conditions. While one part of the day may be routine, at other times on that same day, police may have to intervene in a domestic violence incident, deal with a fatal car accident, arrest a drug dealer, look for an abducted child, attend a court hearing, etc. Front-line officers must be on high alert during their working day, leading to a continually elevated adrenaline level and a state of hyper-arousal, much like that experienced by the military on active duty. Shift work can negatively impact sleep and diet.

A 2012 study of 25 police forces in Canada highlights this unique set of stressors. Police have to deal with multiple, competing and ever-changing demands, always with a sense of urgency. The physical and mental health effects of these continually stressful working conditions have been well documented, and range from high rates of divorce, alcohol misuse and suicides, to increased rates of high blood pressure, heart disease, cancer and to severe PTSD. Stigma may also be attached to expressing the disabling effects of PTSD. Click here to read more about the study. 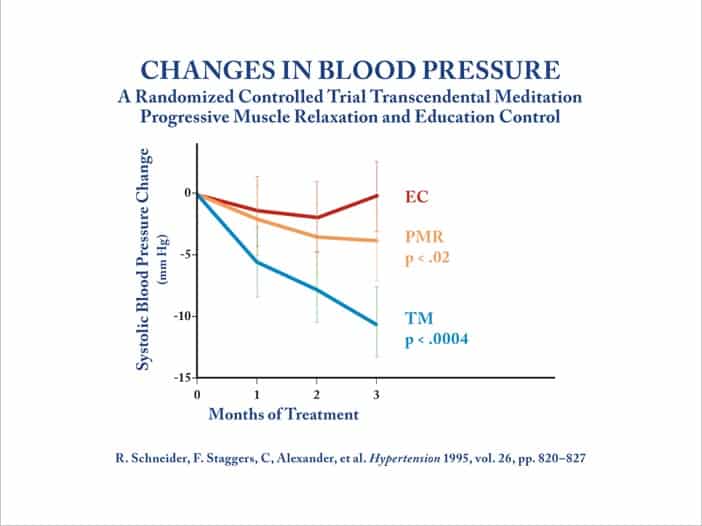 Women experience an added element of stress. In Canada, women account for less than 20% of all uniformed officers and only 12.4% of senior officers (May 2015, StatsCan). Although these numbers have more than doubled in the last ten years, women remain in the minority. Thus, in addition to the work stresses normally associated with the front-line work of policing, in some cases, women officers may face the additional stress of establishing themselves in a male-dominated work environment, and dealing with workplace stresses related to gender issues.

The Transcendental Meditation technique is a useful tool in any initiative to combat physical and psychological stress in police, including PTSD. TM has been shown to significantly lower stress, and to help the body recover more quickly from stressful situations. Beyond remediation of the physical and mental symptoms of stress, TM can strengthen and calm the nervous system on a daily basis to bring alertness and vigilance to the working day. Both the psychological and physical stress involved in police work can be mitigated through regular practise of TM.

Benefits of the regular practise of the TM technique include:

Our Work with Police

The project offered the Transcendental Meditation training to police and civilian staff at the Central Saanich Police Service.

Ten female police officers and civilian staff were instructed in the Transcendental Meditation technique beginning in March 2017. All participants completed a pre-test in perceived stress before learning and completed the same test 3 months later.

TM was offered to 5 male police officers at the CSPS with the participation of Garry Foster, certified teacher of the Transcendental Meditation technique. Instructions began in June 2018. All participants were tested in the same way as the first group.

The test used was the Sheldon Cohen Perceived Stress Scale. Results indicated that practice of the TM program had a significant effect in reducing perceived stress. Baseline perceived stress, prior to training in TM, showed a mean of 17.10 with a post-test mean of 10.50; pvalue = p<.008 [significant]. This is an overall decrease in perceived stress among all participants of 39%. 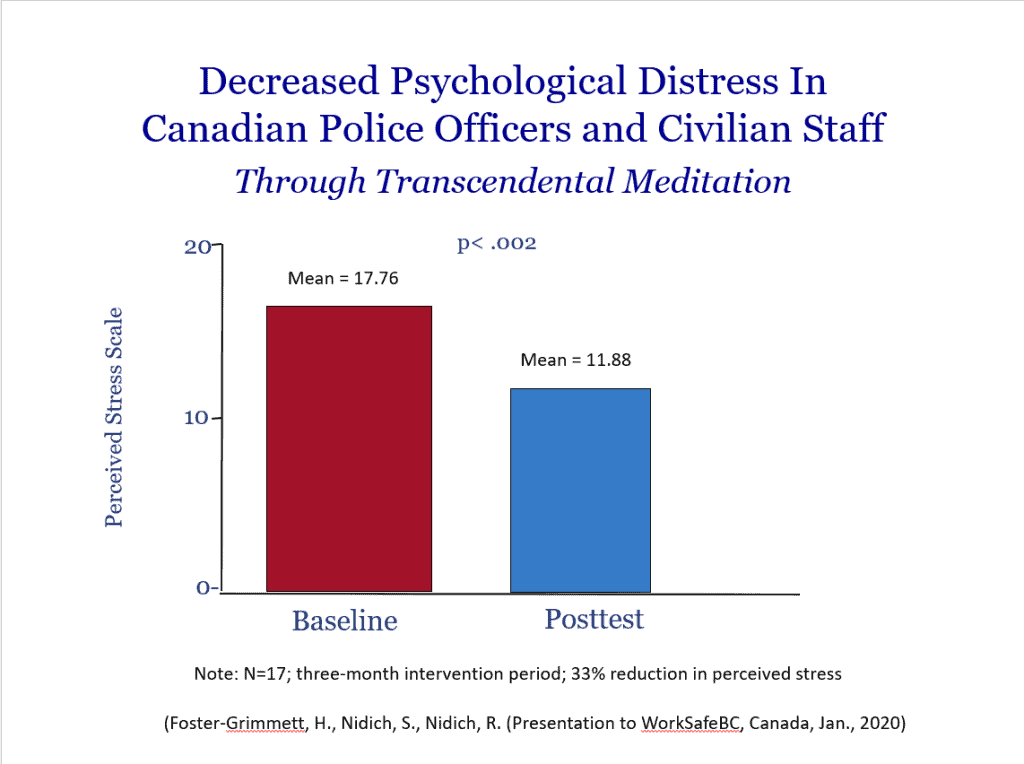 Starting November 2019, the TM training was offered to 11 police officers at the Victoria Police Department, organized by certified TM teachers Helen Foster-Grimmett and Garry Foster. Each participant took part in a pre- and post-test for perceived stress. Results of the testing were similar to those with the Central Saanich Police. The project with the Victoria Police Department was put on hold due to COVID, but will be starting back in the end of 2022.

Constable Todd Mason: Why I meditate